ACE EDI Event | The One of Your Kind in the Room: Perils and Opportunities

Please note: This is a hybrid event. Those who registered to attend in person are invited to join us for a reception beginning at 11:30 a.m. in 2224 Richcraft Hall on campus. On Zoom, the ACE EDI talk will begin at noon.

Registration to attend in person has now closed, but you can attend virtually using this link!

We are solving the challenges of building and maintaining diverse teams. Slowly. As a result we find people from minority groups being the only ones of their kind in a team, project, or company. For some this is an opportunity to stand out and excel. Yet for others, particularly from under-represented minorities, it is a position of vulnerability. Being “one of a kind” stops them from bringing their whole authentic selves to work.

“If I say the wrong thing will they think it’s because I’m a __ person.”

“They only invited me because I’m a __ person.”

In this talk, Farai Madzima will trace his career journey from contributor to lead, during most of which he was the only one of his kind in the room. He will also share insights from interviews he’s conducted with tech contributors and leaders around the world. The result is a session filled with tactics that can leaders can use immediately to better understand, mentor, and sponsor the “one of a kind” folks in their teams to their full potential. 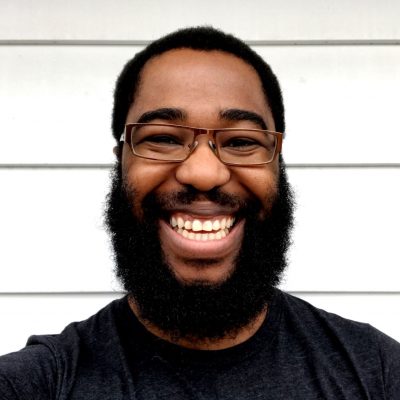 Born in Zimbabwe, Farai was going to be doctor but didn’t get the grades. Now he’s a designer. Make of that what you will. Using words, scribbles, and pixels he’s spent the last 14 years helping design and build products and teams in the UK, South Africa and Canada. Today, he makes a living designing interactions and leading a team as a UX Manager at Shopify in Ottawa.

In South Africa, Farai designed banking apps used by many across the continent. He grappled with unique design challenges because most internet users have never used a laptop or desktop. And some buy data by the megabyte.

Farai enjoys speaking about bridging knowledge gaps between designers. He’s appeared at events worldwide, including IXDA Interaction and IASummit. He organises Pixel Up! , a series of UX and design conferences and meetups in South Africa. These events connect designers and developers in Africa with their peers around the world. Also, he adores verbiage, in all languages, township jazz, nerdy hip-hop, and the number 127.