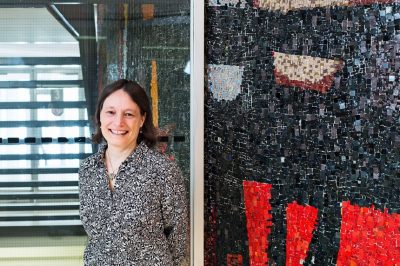 Manuella Vincter is a Canada Research Professor of Physics at Carleton University and a Fellow of the Royal Society of Canada. Her primary research focus is with the ATLAS experiment at the CERN Laboratory in Geneva, Switzerland where she is the ATLAS Deputy Spokesperson. ATLAS is one of the defining experiments of its generation; its results help elucidate such fundamental questions of physics as the origin of mass and the existence of dark matter in the universe. 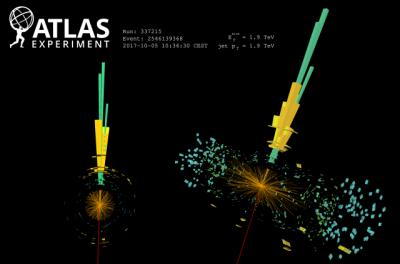 One of the goals of particle physics is to explain the structure of matter at the smallest distance scales. For decades, the properties of the basic building blocks of matter have been investigated in ever greater detail. However, even today some profound but simple questions, such as the origin of dark matter in the universe, remain unanswered. The attempt to understand the material world around us in the simplest possible terms has involved ingenious feats of scientific sleuthing. Such fundamental questions are being addressed by using the ATLAS experiment to look at the high-energy collisions produced at the CERN Large Hadron Collider on the French-Swiss border. These energetic collisions provide, for a brief instant, the energy necessary to produce new forms of matter, as was done a fraction of a second after the big bang. This Science Café will illustrate how we use the very large-scale colliders to probe the incredibly small, which can provide answers to questions on a universal scale!

Come and virtually join us for a lively discussion around a scientific issue of the day. Be prepared to be informed, engaged and even amused, as our professors share their scientific discoveries with you. All are welcome. For more information, please contact the Faculty of Science by email at odscience@carleton.ca