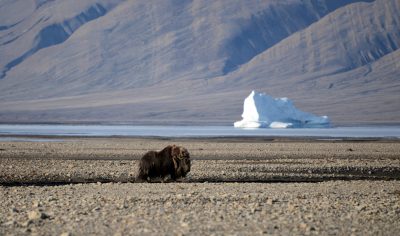 Join us on October 6th at 6pm in person at the Canada Science and Technology Museum or virtually on Zoom, for the Geodiversity Symposium: The Foundation for Diverse Ecosystems on a Changing Planet.

What is Geodiversity?  Geodiversity refers to the abiotic or non-living parts of nature including rocks, sediments, minerals, fossils, soils, landscapes and water systems.  It has been called the “silent partner” of biodiversity, because biologically diverse ecosystems rely on a diversity of underlying geological materials from which to source nutrients and other services.  Humans too depend on a variety of geological materials to support our societies, from building materials to the resources we need to create clean energy technologies.

See the video below to learn more

Earth Scientists look at geodiversity in three dimensions, the spatial diversity of landscapes and how those changed through geological time. Currently, the Canadian Arctic experiences dramatic changes through polar amplification. We will learn about these changes, but also travel back in time to look at an Arctic region that was vastly different than today. We contrast a much warmer Arctic that supported a lush ecosystem with a glaciated landscape that now is under threat. The Arctic with its vast and magnificent exposures gives us insights into ancient ecosystems through its well-exposed rock and fossil content. These provide clues about persistent and catastrophic events before humans evolved that profoundly changed the Arctic landscape and its inhabitants. The strong connection of geodiversity and biodiversity becomes paramount when deciphering how our planet has transformed and will continue to evolve. 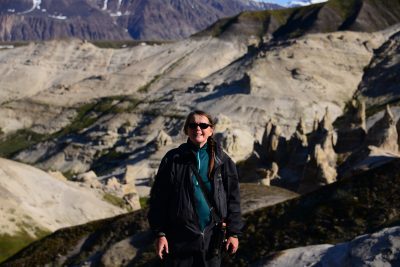 Dr. Claudia Schröder-Adams spent her research career on understanding how ecosystems and landscapes changed through geological time. She focusses on the Cretaceous Time Period (145 to 66 million years ago) where our planet was vastly different than today. The Cretaceous Greenhouse climate and its geological drivers had a profound influence on the polar flora and fauna making the Arctic a fascinating subject. Her specialty is micropaleontology, a field that addresses the smallest and fundamental organisms in the marine food chain.

As a professor of Earth Sciences at Carleton University in Ottawa, from 1992 to 2020, Dr. Schröder-Adams travelled extensively with her students across Canada, to Canada’s Arctic, to Antarctica, France, Germany, and New Zealand to bring experiential learning to her students.

For Dr. Schröder-Adams, research is not only limited to the academic world. To make discoveries accessible to everyone, she produced a documentary called “Arctic Greenhouse”, premiered at the Canadian Museum of Nature, and made widely available in Nunavut.  She received the Mercator Fellowship from the German Research Foundation honouring her long-standing scientific collaboration with the University of Frankfurt in her home country.